Hear from Dr Jeremy Hill on the mission to reduce global carbon emissions from dairy, & how Fonterra New Zealand has measured and achieved a low on-farm carbon footprint.

Although not a mission to visit distant planets as envisaged by Professor Sagan, the Low Carbon Mission is much closer to home and an important part of our planet’s future.

In a previous issue of NZMP Perspective1 I discussed the importance of dairy nutrition in sustainable diets and briefly touched on how dairy contributes 2.7% of global carbon emissions.

In 2016, as the President of the International Dairy Federation, I had the privilege of signing the Dairy Declaration of Rotterdam on behalf of the global dairy sector, together with the Food and Agriculture Organisation of the United Nations2.

In that declaration, the role that dairy products play as “an essential part of balanced, nutritious and healthy diets” is highlighted.

Most dietary guidelines recommend that individuals consume 2-3 serves (500-750ml of milk equivalent) of dairy each day3. But given global average consumption is less than half this amount, there is a need to significantly increase dairy intake as part of balanced diets.

However we must also reduce the carbon footprint resulting from this.  As important as dairy is to nutrition and health, we can hardly afford for dairy emissions to double and contribute to over 5% of global emissions. 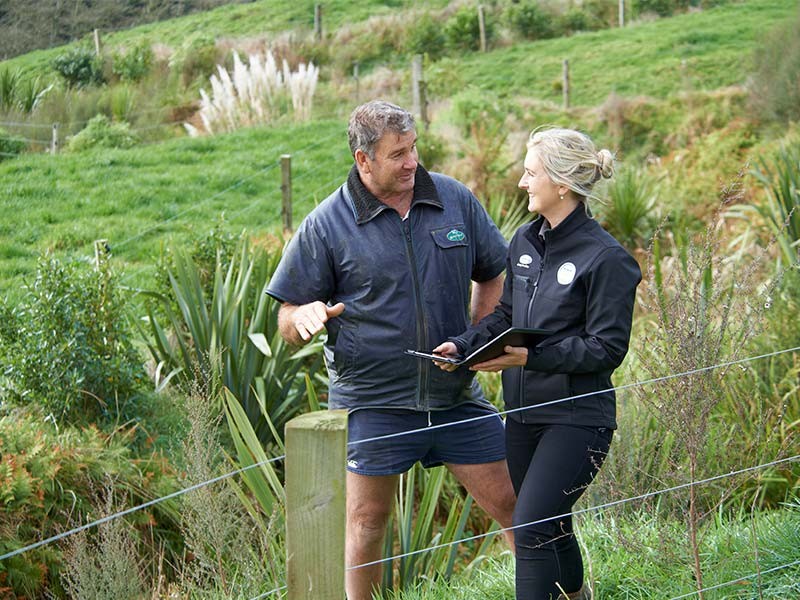 So, how might it be possible to increase dairy consumption and at the same time reduce its global carbon footprint?

In this issue I talk about the mission to reduce global carbon emissions from dairy, in particular referencing how Fonterra New Zealand has measured and achieved the low on-farm carbon footprint behind their NZMP product portfolio.

So, what is a carbon footprint?

Put simply, it is the gases released into the atmosphere from anthropogenic (caused by humans) activity, in this case, the production of milk, that warm the planet.

The tricky bit is determining how much of these gases are released, most notably carbon dioxide, methane and nitrous oxide.

Scientists use international standards to determine how much gas is released from milk production (it’s carbon footprint) by analysing the output from each activity in the process.

This is everything from electricity, tanker fuel, feeds, fertiliser, land management and those released by the cows themselves.

Nearly a decade ago, we wanted to gain an accurate understanding of the Fonterra New Zealand on-farm carbon footprint, and better understand what can be done to reduce emissions from the dairy industry.

As a result, I was involved in an extensive study led by world renowned AgResearch4 that calculated the on-farm carbon footprint of hundreds of Fonterra farms spanning the length and breadth of New Zealand over an eight-year period.

To further confirm that the footprint was representative we expanded the analysis to a whopping 7200 farms in the final year of the study.

The results from this study and the extraordinary evidence used to calculate the footprint of Fonterra’s milk production was recently published in the Journal of Dairy Science5 following peer review.

Once adjusted for fat and protein content, which is the international standard method of calculating such milk footprints,

As Fonterra represents the vast majority of New Zealand’s dairy production, this was an impressive feat. It also posed the question; why is the New Zealand on-farm carbon footprint so much lower than the global average, and how can we share these learnings wider?

Why is New Zealand’s dairy production footprint so low?

There are many reasons why New Zealand is able to produce dairy at scale with a low carbon footprint. However, I will share four key standouts: 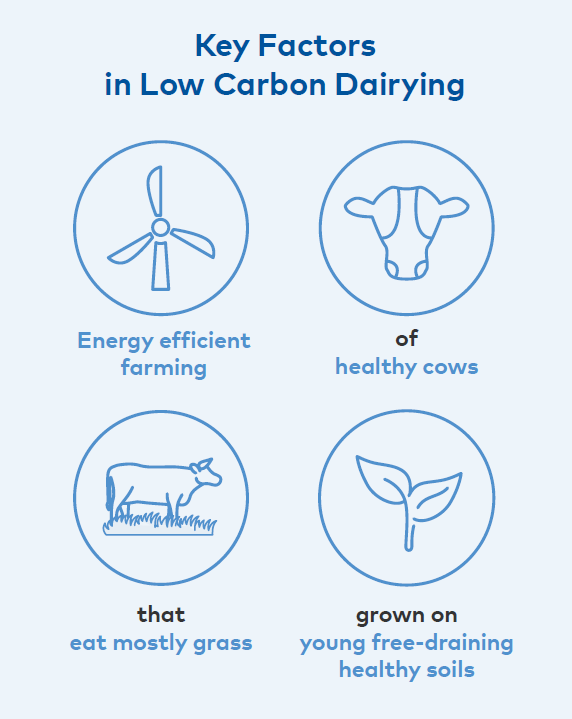 By harnessing significant water, geothermal and wind resources New Zealand has a high proportion of renewable electricity (approximately 85%).6 This has a positive impact on reducing inputs into the dairy production system.

Over the last 25 years, NZ farmers have reduced on-farm emissions intensity by 20%.

New Zealand has high standards of animal health and welfare.

New Zealand has an animal replacement rate of only 22% compared to 30-38% in many countries.5

In other words, far fewer cows in each herd that are producing GHG emissions but are not producing milk.

Our New Zealand cows spend more time on pasture than anywhere else in the world. 4

New Zealand has a climate “made for milk” and ideal for pasture-fed dairy farming allowing outdoor grazing year-round. The pasture growth is relatively high in New Zealand due to the temperate climate, adequate rainfall, and high sunshine hours.9

Good pasture growth results in low use of domestic or imported feed crops, which are used in many global dairy systems and add to the on-farm carbon footprint.

Our NZ cows are 96% grass-fed and spend over 350 days on pasture, which is more than anywhere else in the world.

High grass growth in New Zealand also results in lower fertiliser use and less nitrous oxide emissions.7 So in summary, this all contributes to New Zealand dairy farms relying less on external inputs, fertilisers and stock-feed.

Having reduced nitrous oxide outputs is particularly significant as it has 300 times the climate warming potential of carbon dioxide.

As low as Fonterra New Zealand’s carbon footprint is, we are looking for ways to reduce it even further and share these learnings with the global industry.

As part of our Low Carbon Mission we are researching new technologies to curtail the production and promote the destruction of the GHG produced by dairy.

No stone is being left unturned as we look for ways of breeding and feeding cows to produce less GHG, inhibiting methane production, methane vaccines, and high-tech methods that look more like Carl Sagan’s rocket science than dairy science.

This article featured in July's Perspective

Jeremy Hill is Fonterra’s Chief Science & Technology Officer, a role he has held since 2007. He is also the Professor of Sustainable Nutrition at Massey University and has a PhD in biochemistry. Jeremy has published over 100 papers and authored four families of patents.